Cambridge Christian is taking football to the virtual level 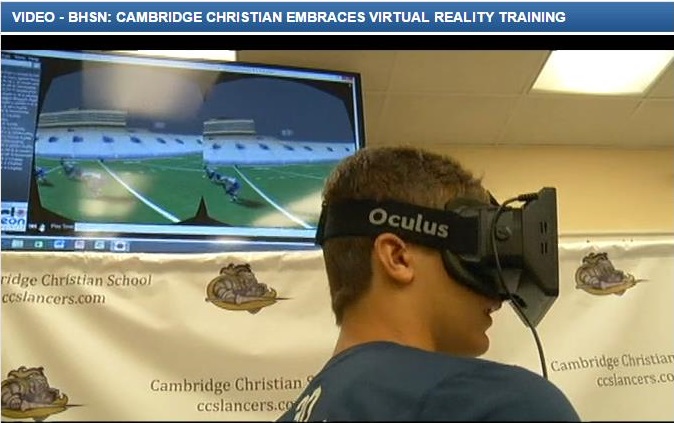 TAMPA —
The technology boom has infiltrated football and changed the game as we know it.

Welcome to the world of virtual reality football.

“We like to be early adaptors, we like to try new things,” Cambridge athletic director Chad Goebert said. “We try to be on the cutting edge of different things. Once we saw the opportunity, we saw how it could work for us. I think it gives us another advantage, another way for our kids to learn.”

The EON Sports technology, which is the same system the Bucs are using, puts players in the middle of the action. If you’re the quarterback, look to your left and you’ll see your receivers. If you’re a linebacker, look straight ahead at the offensive line. The play unfolds right before your eyes as if you were standing on a football field.

“When you have to really think on the field, then it slows you down,” Cambridge sophomore linebacker Scott Ater said. “This helps speed up my timing on the field and get me prepared for what I’m going to see. I feel like I’ll be a lot more prepared and I’ll see the field quicker and make my reads faster.”