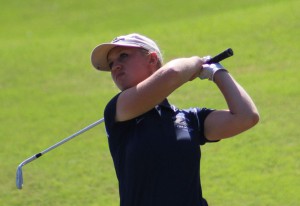 Zagers helped lead the Lancers to a tie for second place as a team, along with a pair of even-par 72s from Alison Armstrong and Latanna Stone. Cambridge Christian’s team score of 310 was edged by Cypress Bay (309), while Archbishop McCarthy also turned in a score of 310.