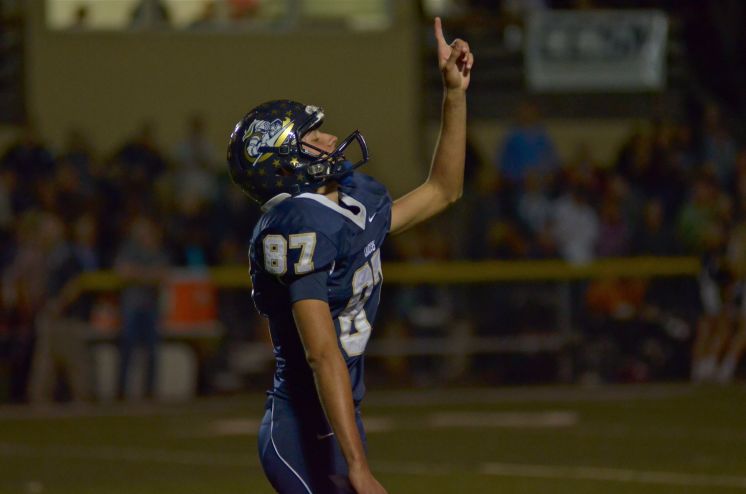 TAMPA – In the fourth quarter of last week’s Class 2A state semifinal, Cambridge Christian kicker Jacob Enns was called on to kick a 30-yard field goal with the score tied vs. Naples First Baptist.

Enns took his steps and his foot collided with the ball. The kick fluttered its way through the crossbars. The referee threw his hands up, signaling it was good.

The field goal, just Enns’ second of the season, was not the winner, but it was pivotal. It gave the Lancers a 23-20 lead in a game they eventually won 30-26 to advance to the state championship game for the first time.

Enns, a junior, has been a big part of the team’s success. He ranks sixth in the state for extra points made with 67 and 12th for points among kickers with 73. His leg also dictates field position with nearly one-third of kickoffs resulting in touchbacks.

“Jacob has been tremendous for us,” coach Bob Dare said. “He’s improved a lot over the years and I’ve become comfortable sending him out there for field goals of 40 yards or longer.”

More amazing is how far he has come.

Enns was born with a club left foot. He has gone through countless procedures, including having four screws and two plates in his right tibia and fibula so his left leg would grow evenly with his right.

Enns also missed part of his freshman season after tearing his MCL. He recovered and started working with Zenon Andrusyshyn, a former kicker in the NFL, CFL and USFL who spent three years with the Tampa Bay Bandits (1983-85).

Last season, Enns made 32 of his 44 PAT attempts. He has improved greatly on his accuracy, missing just three this season.

“This team, not just myself, has had to really step it up,” Enns said. “We’ve had to fight and come through adversity to get better and become a state title contender.”