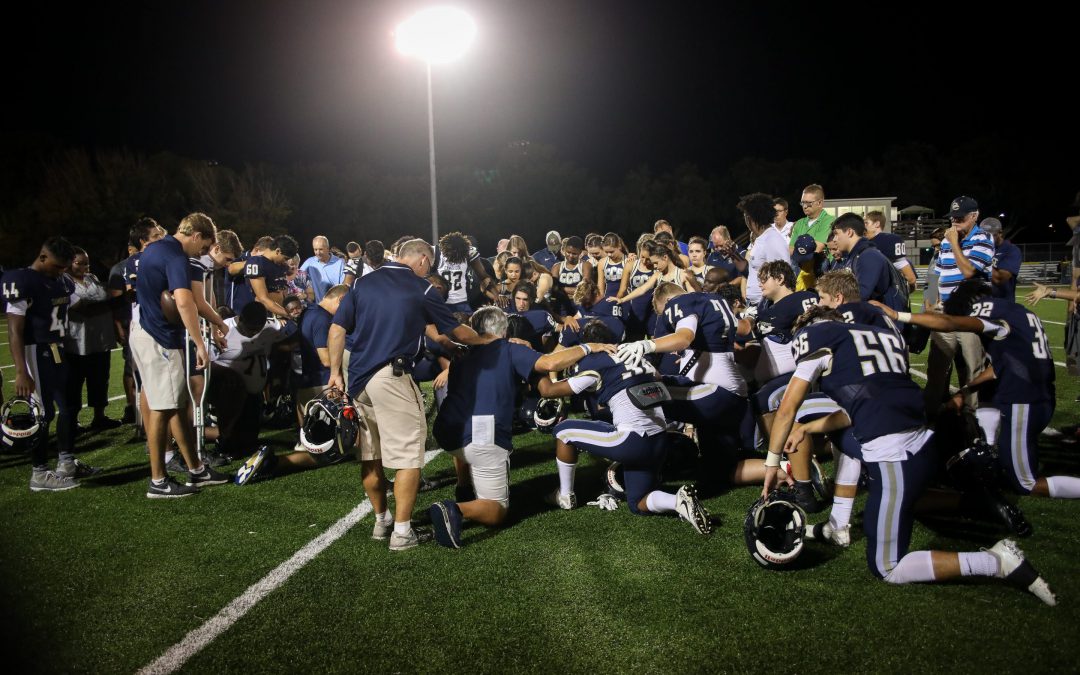 Cambridge Christian School is a member of the FHSAA (Florida High School Athletic Association) and strives to promote sportsmanship throughout all our Athletic Programs, whether home or away. Sportsmanship doesn’t begin and end with students. It is necessary to have parents and other adult spectators set the tone for our students by displaying exemplary behavior at all athletic events. Good sportsmanship is a measure of the understanding and commitment to Christ, fair play, ethical behavior and integrity.

Like it or not, high-profile athletes and coaches are looked up to as role models by younger athletes. From television to Twitter, every move, good or bad, is scrutinized and etched into the minds of kids who watch them perform. All too often, headlines glorify the “bad boy” image that includes incessant trash-talking or refusing to shake hands before or after a game. Reactions to these incidents include everything from “who cares, as long as it doesn’t affect me” to total outrage that grown men and women, especially those who make millions of dollars, can act like schoolchildren.

Examples of good sportsmanship do exist, even if they are often drowned out by the negative headlines. A recent example is the outpouring of support Oakland A’s outfielder Stephen Piscotty received after the death of his mother, Gretchen, from Lou Gehrig’s disease. When Piscotty returned to the lineup, just two days after her death, he received a moment of silence and a salute from both dugouts prior to a game with the Houston Astros. Bad sportsmanship isn’t limited to professional and college sports. Parents, coaches and players get just as emotionally swept up in a T-ball or travel league game. This often results in verbal or physical outbursts, like a recent fight between a coach and parent at a youth baseball game in Indiana.

Sports celebrities may shape the way we coach and play, but the real role models should be a child’s parent and coach. Here are five characteristics of good sportsmanship everyone should follow.