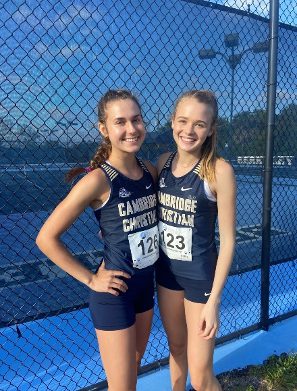 Mary Ellen Eudaly and Caroline Lehman have been teammates at Cambridge Christian School under the coaching leadership of Ray Friedman. Their team is ranked number one in the state and 25th nationally. The girls used to compete on rival teams, but since joining the same team have been able to train together and push each other to faster times.